The climate leader training which was held from July 30 to August 1, 2013 in Chicago has been ended successfully. More than 1250 participants from 50 US States and 70 countries attended the training hosted by The Alliance for Climate Protection, part of the Climate Reality Project, a U.S. non- profit, public charity founded by former U.S. Vice President Al Gore. The Climate Reality Project’s mission is to reveal the complete truth about the climate crisis in a way that ignites the moral courage in each of the trainees. 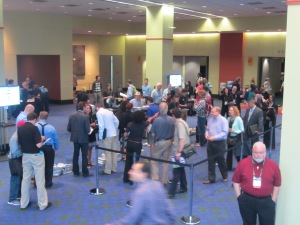 Registration of participants at the grand ballroom of Hyatt Regency.

The purpose of the training event was to train 500+ climate leaders to join the Climate Reality Leadership Corps program. Through this program, community leaders were equipped with the knowledge and tools they need to spread the message about the urgency and solvability of the climate crisis. Trainees at the training event were addressed by former Vice President of the United States Al Gore.

During the training different presentations were held. Presentations about storytelling for change, the climate reality project, the power of persuasion, scoring the story: adding impact to narratives, the reality of climate crisis and its solutions, the carbon conservation, a look at the climate reality projects 2013, the Carbon Conservation and spread the word: using social media to inspire action.

On the first day during the presentation of storytelling for change Jonath Sachs, co-founder and CEO of the Climate Reality Project told his audience changing minds takes more than a reason. ＂It needs a story. Stories reach out and tough people , compel actions and foster change.＂ The participants learned to craft powerful personal narratives in order to build relationships, engage audiences and effect change.

The presentation of the power of persuasion taught the participants the four steps to successful persuasion, articulate beliefs, connect to their audience, become an effective presenter, and reframe the climate debate. This session focused on the best climate communication practices and shared examples of how to best implement them.

During the presentation on adding impact to narratives the trainees learned which responses music can evoke. Grammy award winning songwriter and musician Jon Vezner spoke about the value and impact that music and other media have in storytelling. He gave a special live performance.

The reality of climate change

On the second day the founder and chairman of The Climate Reality Project Al Gore shared the reality that has propelled millions of people around the world recognize the truth of climate change, take action and work to find solutions. He spoke about the reality of the climate crisis and its solutions. Seven years ago, An Innocent Truth woke millions of people around the world to the reality of the climate crisis and incited millions more to make a difference in their communities. In this keynote presentation Al Gore shared his multimedia presentation and taught trainees how to effectively convey the science and facts about climate change to their future audiences. 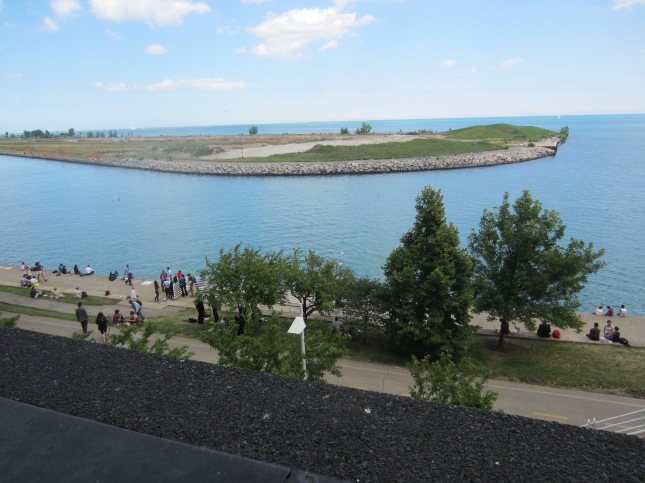 On the third and final day of the training experts from a cross-section of fields shared tools and tips to help the participants to amplify their story, organize in their community and effect change. In the session of the carbon conservation Maggie L. Fox, president and CEO of The Climate Reality Project talked about the carbon conversation. She made the connection between carbon pollution and climate change: what it’s doing to planet earth, what this means for communities and checkbooks and how the trainees could address it. This session provided an overall framework for climate communication.

In the session spread the word: using social media to inspire action CEO’s Aaron Dignan and Rob Schuham talked about social media. According to them social media is a powerful engagement tool for social change.＂ It creates a platform to share information, experience, and stories across geographies and time zones. It sparks movements and inspires collective action. It transforms monologues into dialogues. Understand the rules of digital engagement: what works, what doesn’t and how to leverage social media to incite social change.＂
On the last day of the training the trainees were tasked with returning to their local communities to educate their peers about climate change and the urgent need for action. They left the training with ideas and plans for their own acts of leadership that will contribute to the global movement.